PICTORIAL HISTORIES: signed copies are $19.95 each plus $3.50 for postage & handling
"I sell the shadow to support the substance."  - Sojourner Truth 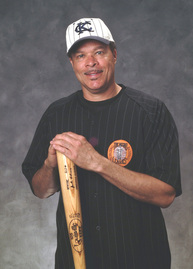 Black Baseball in Detroit
When the Negro National League was formed in Kansas City in 1920, a new chapter in sports history, indeed in American history, began to be written.

Black Baseball in Detroit chronicles the history of the various teams and players that spent time in the “Motor City.” From the aftermath of the first World War, through the Jazz Age and Prohibition, the Great Depression, and through the 1950s, the history of the Negro Leagues parallels the history of Black America, from segregation to full inclusion. You will meet the players – Oliver “Ghost” Marcell, James “Cool Papa” Bell, Elwood “Bingo” DeMoss, and the great Norman “Turkey” Stearnes – who made this sport a vibrant and exciting part of the American landscape.

Black Baseball in Chicago
When the Negro National League was formed in Kansas City in 1920, a new chapter in sports history began. The city of Chicago played no small part in the creation and content of this historic chapter.

Black Baseball in Chicago chronicles the history of the teams and players that spent time in the “Windy City.” In 1911, the Chicago American Giants were born. This team drew some of the best players from the league, including such legendary stars as Bruce Petway, Pete Hill, Grant “Home Run” Johnson, and John Henry “Pop” Lloyd. Attendance on any given Sunday afternoon, the Chicago American Giants would often outdraw their cross-town rivals, the White Sox and the Cubs.

Black Baseball in Pittsburgh
This edition chronicles the history of the Negro League in the Steel City from the Homestead Grays in the 1910s to the great Pittsburgh Crawfords teams of the 1930s and through the 1950s’. Here, you will discover legends such as “Smokey” Joe Williams, the famed “Thunder Twins” -- Josh Gibson, the Steel City’s slugger supreme and Buck Leonard, the king of Negro League first basemen.

Black Baseball in Kansas City
Some say that Kansas City has the best black baseball, the best blues and the best “Q” in the nation. It has been called the heart of America, a cultural melting pot and home to the Kansas City Monarchs.

Blackball began in K.C. with the Maroons in 1890. However, it wasn’t until 1922, when the Kansas City Monarchs triumphed over the Kansas City Blues, of the American Association, that black players received national attention. The Monarchs produced several championship teams and major league players, and became black baseball’s longest running and most stable franchise.

Each paperback includes: 128 pages, and at least 160 photographs